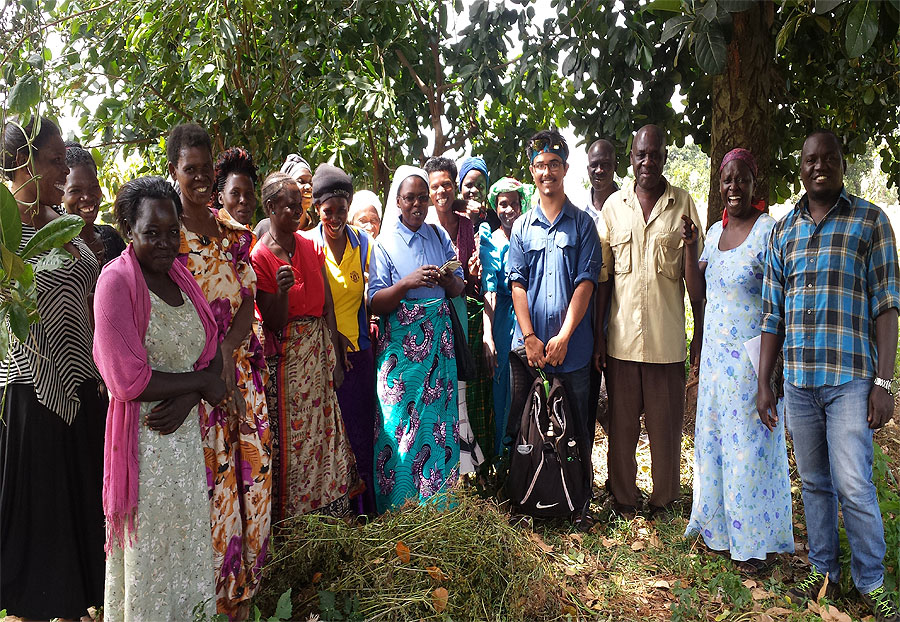 Joel is an FSD Uganda Jinja alumnus student from Indiana University USA, who implemented a piggery project in Musoli village Jinja. He was placed to work with CARITAS Jinja - FSD host organization, which introduced him to one of its support communities, Musoli Village.

CARITAS is a Non government organization supported by the Catholic church, to foster community development initiatives, promote capacities of communities and partner organizations through best practices for sustainable integral development in the Busoga sub region.

Together with community members, Joel carried out a needs assessment that brought out a wide array of community needs. Through consensus, the community zeroed on expanding a pig rearing project. Before Joel’s intervention, members of the community would make contributions to a single family which would look after a pig farm for an entire group. This was found to be stressful to a single family. In order to reduce the stress on a single family and to expand their source of income, Joel worked with the community members to link with a local group called “Together We Can”. The local group facilitated the formation of many groups consisting of two families per group. Initially some of the groups would receive a piglet. As the piglets reached breeding stage, the two families would share the piglets and give the rest to other groups which had not received piglets at the beginning. This process would go on and on until every family had received a piglet.

To ensure accountability, the groups signed contracts with CARITAS Jinja.  A sequence of workshops were held to provide the groups with basic information on how to care and raise the piglets. The groups also agreed to assist one another in leveraging costs required for raising piglets.

The coverage of piglets to all groups of families would generate the interest needed to keep people actively participating in the project. As a starting point, the community constructed a pigsty with capacity of supporting 11 piglets as a seed project.

The project created stronger relationships between the village of Musoli and Caritas Jinja. The project also helped to establish a relationship between pig suppliers, village groups of Musoli, and Caritas Jinja. The immediate project target beneficiaries received knowledge about how to create business plans and establish ways of growing the market base. Caritas Jinja also integrated and built the capacity to handle projects related to livestock in a bid to supporting their communities.

By the end his internship experience, Joel had gained several skills and Knowledge including: ability to communicate with local communities and adapting to situations in forming new relations with new people.