Research on effects of and reasons for tungiasis in Busoga region

“I hope that this internship will uncover more about the world and help me decide with more confidence whether to pursue community development and field research.” – Andrew De Haan 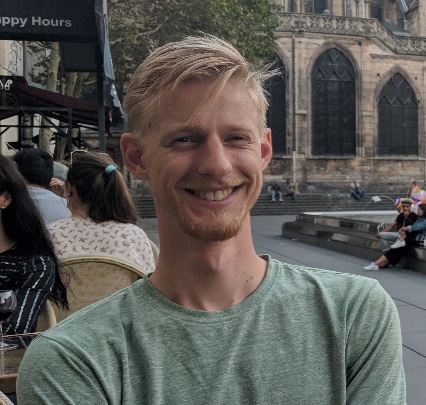 Andrew De Haan was a Community-Based Participatory Research intern from September – December 2018. He came to FSD as a graduate in Biomedical Engineering looking to expand his knowledge of conducting field research and to better understand his own career. Andrew worked with Kakira Outgrowers Rural Development Fund (KORD) located in Kakira, Uganda. Kakira is a town dominated by a larger sugar cane factory, Kakira Sugar Limited, where most of the residents work in the factory or on the plantation. KORD’s mission is to improve the quality of life for the community of residents and outgrowers (about 9000 registered famers) in the surrounding districts.

During the community assessment, both the Kakira Town Council and the local community members identified that they struggled with infections of Tunga Penetrans (locally known as Jiggers). Though many government and non-government organizations had identified Jiggers as an issue, the community was unsure that the current programs were substantially reducing infection. KORD was looking to address the current epidemic of Jiggers in the Busoga region; however, they were wary of attempting an intervention without first understanding the socio-cultural and economic factors surrounding the parasite. At KORD, Andrew and his supervisor conducted a cross-sectional study in the villages of Kagogwa and Kabembe, where significant government and non-government organizational efforts were present. KORD wanted to understand the impact of NGOs on these communities by measuring the prevalence of Jiggers and to see if the current treatment and prevention methods were effective at reducing infection. Surveys were administered to 299 participants by 3 research assistants proficient in all local languages. The scope of the research covered qualitative responses regarding the causes of tungiasis, perceptions on the types of people who contract tungiasis, and treatments used were obtained using questionnaires and interviews. Quantitative data was collected on the number of lesions on members of each household, the construction of the house, whether school or workdays have been missed, footwear usage, the number and types of animal co-habitants, and behavioral factors were assessed using questionnaires.

The results of the study indicated that the prevalence of current infection in the villages of Kagogwa and Kabembe was 17%. Tungiasis was more prevalent in children under 14 (34%) than adults. Risk factors included tending for chickens, cohabiting with chickens, and increased numbers of residents per sleeping room. The results found that despite removal clinics, spraying of homes, and construction of new homes for some residents, the problem of tungiasis persisted.

The findings were documented in a report entitled Prevalence, Risk Factors, and Impact of Tungiasis in Kabembe and Kagogwa, Uganda. Andrew and the team at KORD were able to deliver the report to the Kakira Town Council through the Department of Public Health. Using the research findings, the council launched a Sanitation & Hygiene initiative that includes a monthly spraying of homes and community sensitization about good hygienic practices. The Initiative still exists today and has decreased the number of cases of Jiggers in the communities. It is critical research like that of Andrew and KORD’s that helps communities understand the root cause of the issue in order to form policy and action for sustainable, community-based development.

Tweet
More in this category: « Improving livelihood standards of women in Nangurwe village PEFO Grandmothers Initiative Project in Budondo Jinja »
back to top