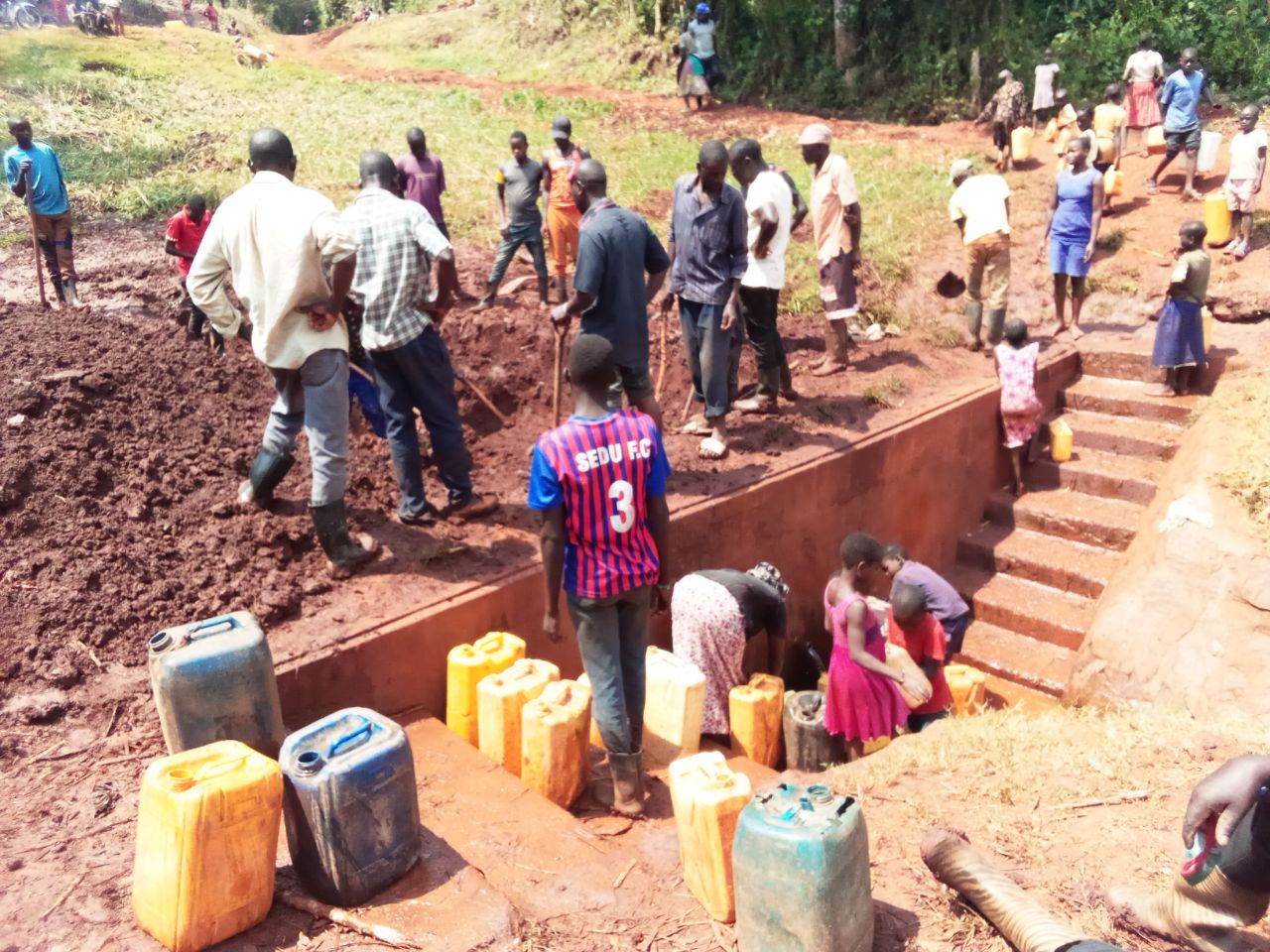 Anna and Elie, both students from Northwestern University on GESI program were engaged in community project focused on health. They worked along with staff from FSD’s partner host organization called Kakira Out growers Rural Development Fund (KORD) on an open water spring rehabilitation project. The project took place within the Buyala Village, which is approximately 26 kilometers away from the host organization’s office located within the Kakira Town Council in the Jinja District. The village consists of over 500 households and approximately 5,000 people. With an emphasis on water, sanitation, and health (WASH), the students were able to assess the accessibility of clean water and sanitation as it relates to waste management and COVID-19, as well as the presence of water-borne communicable diseases. By completing a Community Assessment through interviews with the Buyala community, the students were able to determine the need for a local, reliable, and clean water source. Previously, the only water source available to the community was damaged, shared with animals, which exposed it to human/animal waste, causing the water in the open spring to become contaminated. The contaminated water led to an increase in the number of water-borne communicable diseases, such as typhoid fever, dengue fever, malaria, diarrhea, skin, and intestinal infections. The contaminated water source also forced individuals to walk long distances to their neighboring community to access clean water, which increased the occurrence of school absences and domestic and sexual abuse.

After gathering information from the communities, the students developed project objectives centered on: improving the access to clean water for Buyala village; installing a village committee for overseeing the sustainability of the project; improving hand washing and general household hygiene for the Buyala village. The objectives were to achieved by: rehabilitating and decontaminating the existing open spring to improve the community’s access to clean water; providing additional training and forming By laws for a new Water User Committee to oversee the sustainability of the project and; demonstrating a tippy-tap hand washing station with the goal of improving more than 50% of the Buyala village inhabitant’s personal hygiene habits.

Since the projects’s goal were directly developed from the priorities of the community, the students were able to ensure that the objectives would directly address community needs in a sustainable way. The rehabilitation of the water spring, establishment of the committee, and emphasis on hygiene education all work towards improving the village’s access to clean water for consumption and their overall health and hygiene. The implementation of the water user committee ensures the project remains functional in the community in the long term; the members of the committee were tasked with overseeing the use and maintenance of the water source through regular meetings and direct relations with local authorities. The committee was also given the responsibility of ensuring that the members of their community are following proper hygiene, bathing, and hand washing guidelines to further reduce the incidence of water-borne illnesses.

Tweet
More in this category: « Multimedia digital skills learning project for students at Johnhill Senior Secondary School
back to top